Coming into spring training, the expectations for the 2013 Washington Nationals, needless to say, are much different from those placed in front of them in 2012. A NL East championship, an unfettered Stephen Strasburg (at least innings-wise), and a couple of fresh faces in the form of Denard Span and Dan Haren all add weight to the already heady prognostications set forth by those who…uh…prognosticate.

These are but a small sampling of what’s shaping DC expectations; beyond them is what is being impatiently expected out of the age 20 season of NL Rookie of the Year Bryce Harper. Thus far in his 33 spring training plate appearances, Harper is doing everything he can to silence critics that forecast a sophomore slump, hitting at a .438/.455/.750 slash line in his Florida environs. This of course, has Nationals fans’ hearts aflutter, thinking of what his 1.205 spring training OPS will translate to, once the regular season begins and teams start playing for keeps – All Star appearances, MVP’s… championships?

Or nothing at all?

The chronicles of baseball lore are strewn with the names of rookies who sparkled, only to immediately fade once season two came upon them; who can really say for any certainty that this won’t happen to Harper? Who can say that spring training stats *are* useful, and possibly prognosticators of a fabulous follow-up season?

To preface our little exercise, let’s have a look at what Matthew Kory recently wrote about Harper and the expectations surrounding him and his 2013 season. For those of you too lazy to click the link, I will paraphrase – what Harper has done at age 19, using home runs and OPS as measures of success, hasn’t been done very often, and typically not in the same way that Harper did it in 2012. As such, his encore performance in 2013 is hard to predict, given his unique skill set.

So we have a tough task ahead of us, fair enough. Let’s take what Kory has given us, fiddle with the numbers a bit, and add a little something more, shall we?

Thanks to Baseball Reference, we have all of Harper’s numbers at our fingertips – let’s compare them to what others have done at age 19 historically, looking at both OPS+ and BRef’s version of Wins Above Replacement – rWAR. For Harper, he came in at a respectable 119 OPS+ and a 5.0 rWAR in his age 19 season – so respectable, that no one else in baseball history has performed above that  OPS+/rWAR combination as a teenager. Let’s loosen the criteria a tad – the only other players in MLB history aside from Harper to have an OPS+ greater than 119 along with a rWAR greater than 2.0 as teens were Ty Cobb (132 OPS+/2.3 rWAR) and Mel Ott (139/3.7), both of whom were mentioned in Kory’s article. As a rough guide, a 2.0 rWAR is considered starter level output; anything at 5.0 or above is All Star quality.

The numbers so far are historical, and may or may not be predictive of future performance. Of course, we won’t know for a while whether Harper will repeat his 119 OPS+/5.0 rWAR 2012, but we can see if Cobb and Ott duplicated or bettered their age 19 seasons as 20 year olds, as measured by OPS+ and rWAR. To the numbers (courtesy of Baseball Reference)!

Well, then. If history is to be trusted, Harper has some work ahead of him this year, if he is to equal his historical equals with regards to his age 20 season. Looking only at rWAR, Cobb’s age 20 saw a 187% increase in rWAR, with Ott showing a 97% increase in rWAR the year after his age 19 3.7 rWAR season. For Harper to emulate these jumps in performance, he would have to finish 2013 with at least a 9.8 rWAR; 56 seasons of 9.8 rWAR or greater have been seen in MLB history, the most recent being Mike Trout‘s 2012 10.7 rWAR season… at age 20.

Right now, Harper is looking at some heady numbers to put up come the regular season to keep up with the Cobbs and Otts of the MLB world, and continue the statistical trajectory he has set himself upon into his 20’s. As previously mentioned, he’s doing a heck of a job of doing just that thus far in spring training. Let’s look at some more data and take a sampling of who is performing as well as, if not better than Harper thus far in spring training, and see if we can gain anything from it, as it pertains to Harper’s potential for 2013. For this table, we are looking at players who have a 1.205 OPS or better in 33 or more spring training plate appearances (PA):

Even as hot as Harper’s bat has been to start 2013, there are plenty of others that are just as locked in; also of note is the lack of star players on the list, aside from Brandon Belt. Looking at it from another perspective, we can also say that Harper is doing all of this against close to MLB quality opponents, as seen with his 8.9 OppQual stat. OppQual – or Opponent Quality – is a new stat from Baseball Reference, which attempts to grade the quality of the pitchers a hitter faces in spring training. Given the number of players invited to participate in spring training, from guys just out of rookie league ball, up to MLB veterans, this value is a nice way to help determine whether spring training hitting stats have some bite to them. While Harper will of course face better pitching come the regular season, it won’t be by much, if OppQual is to be taken into consideration; MLB level quality opponents are scored a 10, with AAA level players scoring an 8 per OppQual. Harper’s 8.9 and Belt’s 9.3 show that they are hitting against just about MLB quality opponents.

While the numbers and methods to the madness that I have presented are in no way the be all, end all, I think they lend themselves some credibility in explaining not only how special a player Bryce Harper has been already, but could possibly be. On the other side of the coin, it also shows that a tempering of expectations is necessary, not only to keep things in perspective regarding Harper’s possible place in baseball history, but also within the context of a season, a season that really hasn’t truly begun. For every Albert Pujols, who led all hitters in spring training OPS in 2012, there’s a Kila Ka’aihue, who ‘won’ spring training OPS honours in 2011, only to follow it up with a 69 OPS+ that season for the Kansas City Royals.

While many will consider this perspective to be one straight out of a Debbie Downer skit, it’s one that allows sanity to remain firmly in one’s grasp, something that many baseball fans can’t boast (see: Cubs, Chicago).

No matter what Harper does in 2013 and beyond, he still has much to be proud of. Harper has already bettered fellow Las Vegan and former Rookie of the Year Marty Cordova, not only in garnering All Star honours – something no position player born in Vegas can boast – but also by not missing games after succumbing to tanning booth sunburn. 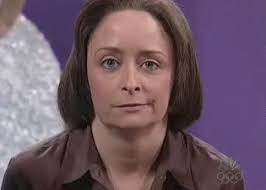