All possible reasons for the resurgent 2012 season the Baltimore Orioles have enjoyed. A 93-69 record, good for 2nd place in the AL East, and a Wild Card berth, which, after a stunning victory over the Texas Rangers in the so-called play in game, gave them the pleasure of facing the New York Yankees in the ALDS, all fly in the face of the black and white numbers of the O’s season.

A +10 run differential, and a 82-80 Pythagorean Win-Loss Expectancy, all point to Baltimore having no business in the postseason; judging by those numbers, they don’t have the look of a playoff contender.

While on the subject of looks– 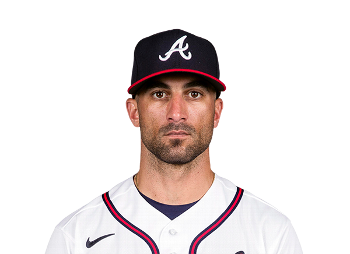 Did someone say ‘LOOKS’?

…damnit sit down, Nick Markakis, we’re not talking about you.

So how about those looks. Using ol’ Nick as our model, it looks that this year, the O’s have reverted back to their old cartoon bird logo, which was first seen back in 1965. From ’65 until 1988, the goofy bird adorned the noggins of many an Oriole, even Lenn Sakata, whose 1983 Topps baseball card adorned the spokes of my Mongoose bike, and made it sound pretty rad.

Sorry, Lenn, you deserved better, but 7 year old radinsky36 didn’t know any better. If I could take it all back, I’d have used Charlie Kerfeld’s card.

However, in 1988, until 2011, the Orioles had the ornithologically correct bird for their mascot, which was also the logo used from their inaugural season of 1954, until 1965.

Markakis, get away from the mirror, and show the good readers of HDIB? the old hat.

I’m all about birds, and I’m not talking Orioles *wink*

OK, that’s enough out of you #21. Go have a seat, and try not to strain anything along the way.

Prior to the outstanding season of 2012, the last winning season Baltimore enjoyed was in 1997, coincidentally the last year they saw the playoffs. 15 years of ineptitude, 15 years wearing the ornithologically correct logo…

Could the 2012 magic be due in part to the reverting back to the cartoon Oriole logo?

Let’s go to the numbers, courtesy of Baseball-Reference.

To cut to the chase: 35 years, with 11 winning seasons, *2* playoff appearances, *1* first place finish. On average, the ornithologically correct era was a losing one, with 75 wins being an average season.

Now, on to the cartoon bird years — table, please!

Oh my. What a difference a logo makes.

The cartoon bird tale of the tape:

24 years, 8 first place finishes, 20 winning seasons, an 88 win season on average, 9 playoff appearances, 6 World Series appearances, winning 3 of them, including one in the first year of the cartoon logo.

The evidence is fairly damning – cartoon bird makes the Orioles world go ’round, and is the bringer, on average, of 13 more wins than boring, normal looking Oriole logo.

When first unveiled, Baltimore won it all with the cartoon Oriole in tow. Could history repeat itself, with a fourth championship brought to Charm City, courtesy of the re-unveiling of the old logo?

If it does, it will be (cartoon) Orioles Magic.